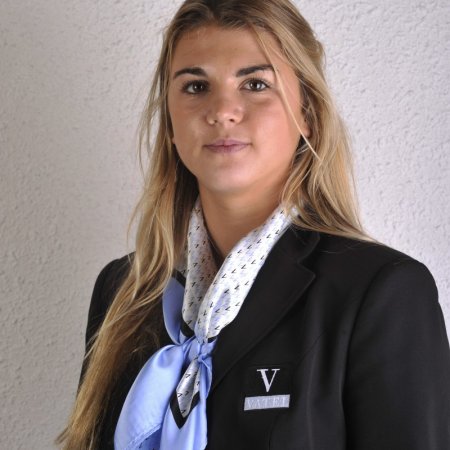 Even before beginning the 1st year of her Bachelor’s degree course at the college, Sibylle had already decided to take part in the Marco Polo programme, without knowing what her destination would be.

Return
Now about to come and begin her 3rd year. She is delighted to talk to us about her great adventure.

Why did you decide to become involved in the Marco Polo Program ?

My main reason for joining the programme was my wish to become fluent in a foreign language. I also wanted to experience a different culture and find out more about another country.

And why did you choose Buenos Aires out of all the colleges in the Vatel Group ?

Last year, students at the college in Bordeaux organised a Marco Polo meeting so that students who had taken part in the program the year before could talk about their experiences and give some advice. That evening, one of the students convinced me that Buenos Aires should be my choice of destination. I wanted to travel outside Europe so I chose Buenos Aires.

What were your first impressions when you arrived ? Not too homesick ?

To begin with, I was a bit lost. I’d left my family and friends for a place that was totally unknown to me. But I quickly integrated, as a student and in everyday life. I wasn’t the only one to come to Buenos Aires. I met students from Vatel Tel Aviv and Vatel Paris who were also part of the Marco Polo program to help us integrate, we organised a few typically Argentinian evenings for the class, including the famous “Parilla” (Argentinian barbecue). That helped us to make friends very quickly.

What about finding a place to live ?

Everything went very well. Thanks to some family members who live there and whom I knew before leaving, I was able to find the ideal shared accommodation.There were six of us, all different nationalities. Two of us were at the same college and I quickly became friends with Louise, a student from Vatel Paris. The flat share was a great success and I had some very good times with the other tenants.

What differences are there between the college year in Buenos Aires and in Bordeaux ? What do you think of it all ?

A year’s study at Vatel Buenos Aires is very different to a year at Vatel Bordeaux. First of all, the college year doesn’t begin at the same time as it does in France. Students there start college at the beginning of August.From the teaching point of view, in Bordeaux we alternate between lectures (theory) and practical work. In Buenos Aires, it was all theory. Lectures started at the beginning of August and continued until the end of the following July. I did my placement from January to April at the Méridien RA Beach Hotel & Spa in Tarragona, in Spain, where I worked in the Finance Department, under the Treasurer. It was a very rewarding experience. I was able to speak the language on a daily basis and I learnt a number of important financial concepts. I was in contact with suppliers and I was given an opportunity to take a course in the world-famous SAP accounting software. The team that I worked with was very friendly, very welcoming.

Are you satisfied with your experience ?

Thanks to the Marco Polo program, I feel as if I am more mature. I think I have also learnt to be more independent and it’s given me a greater sense of responsibility.I’m really delighted to have had this opportunity. It was a very rewarding experience in professional terms and on a personal level.

How would you define the Marco Polo Program ?

In my opinion, the Marco Polo programme is a real opportunity. It’s absolutely the right thing for anybody aiming at an international career.